Picking your own strawberries is all the rage in Japan. But did you know that you can pick your own blueberries in Tsu?  Tucked away in the jumble of small farms between Tsu and Hisai is Tsu Blueberry Farm (つブルーベリーファーム).  Planted in 2009 by owner Akira Suzuki, the farm has 1200 bushes comprising of four different varieties meaning that the season runs from June until early August. 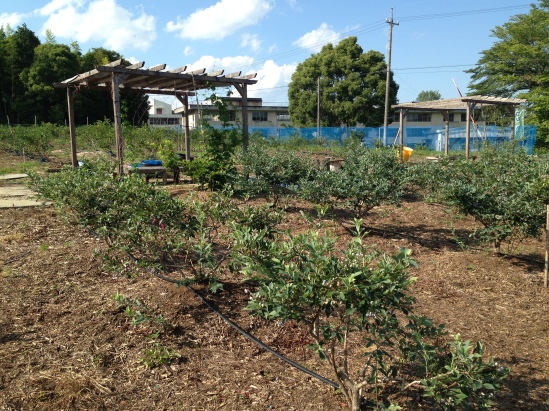 Akira’s all too happy to escort you around the bushes, regaling you with the finer points of blueberry growing whilst enthusiastically encouraging you to taste test as you pick.  Armed with what looks like a child’s toy shopping basket, picking the berries is surprisingly light work.  The bushes are about waist height and the ripe berries almost fall off to the touch, so fear not about getting berry stained hands.  The only trying thing that you’ll have to contend with is the summer sun.  But it doesn’t take long to gather more than enough berries so you can escape its searing glare soon enough. 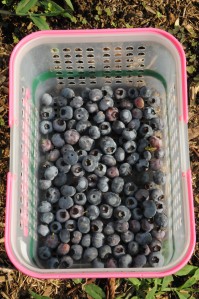 I was surprised by the more than subtle difference in flavour between the different varieties.  Some were sweeter than others; sizes and colour too varied between the varieties.  You’re free to mix the varieties up and pick as many berries as you want. Akira sells the by weight at 2000yen/kg.  A good deal for the freshest and plumpest berries you’re ever likely to eat. To give you a guide as to weight, the baskets have a line around them that shows the 1kg mark, if you’re a super keen blueberry fiend.  The farm is open on weekends, but drive by or give Akira a call on other days to see if he’s able to open up for you. 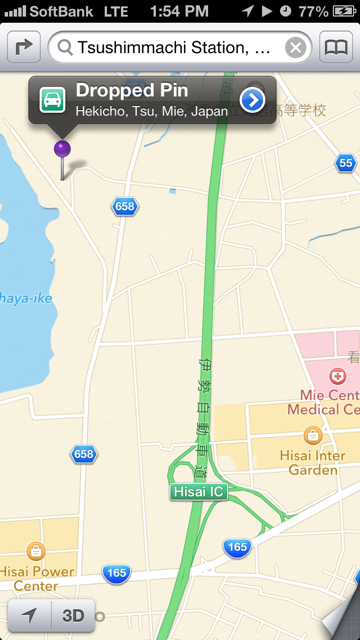